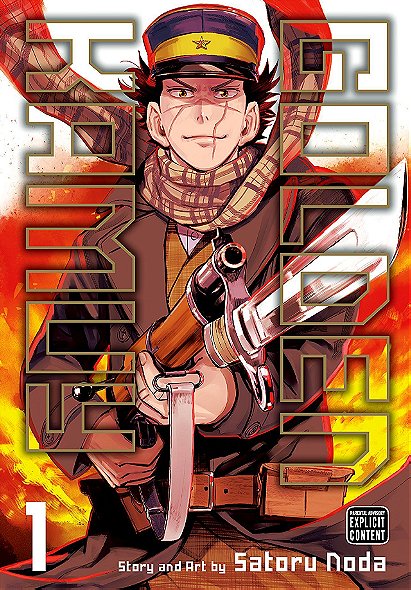 View all Golden Kamuy (manga) pictures
Golden Kamuy (Japanese: ゴールデンカムイ, Hepburn: Gōruden Kamui) is a Japanese manga series written and illustrated by Satoru Noda. The story follows Saichi Sugimoto, a veteran of the early twentieth century Russo-Japanese War, and his quest to find a huge fortune of gold of the Ainu people, helped by a young Ainu girl named Asirpa. The Ainu language in the story is supervised by Hiroshi Nakagawa, an Ainu language linguist from Chiba University. The manga won the ninth Manga Taishō award in 2016.

An anime television series adaptation by Geno Studio aired with two seasons from April to December 2018. A third season aired from October to December 2020. A fourth season by Brain's Base has been announced.

The series has been licensed for an English-language release by Viz Media in 2016.