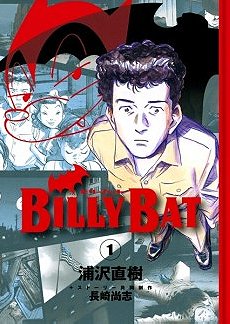 View all Billy Bat pictures
The story is set in 1949 and follows Japanese-American comic book artist Kevin Yamagata as he draws the popular detective series "Billy Bat" for "Marble Comics." When he learns he may have unconsciously copied the character from an image he saw while serving in occupied Japan, he returns to Japan to get permission to use Billy Bat from its original creator. Upon arriving there, however, he becomes embroiled in a web of murder, cover-ups, and prophecy that all leads back to Billy Bat.

It is soon evident, however, that the truth of Billy Bat's nature is far larger than Kevin could ever guess, spanning millennia and across the world.

darkolorde added this to want to read list 3 months, 4 weeks ago

holasoy1capo rated this 6/10 4 months ago

diodiorno added this to want to read list 5 months, 1 week ago