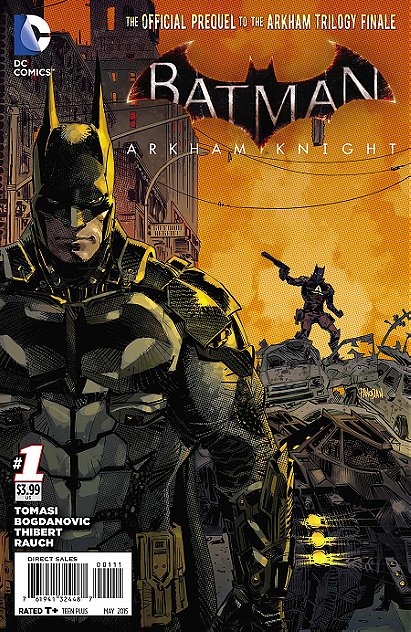 It takes place in the intervening months between the end of Batman: Arkham City and the beginning of Batman: Arkham Knight. It follows a varied cast of heroes and villains, including those from previous games and some characters that hadn't yet made an appearance in the Arkhamverse but may well be familiar to fans of the wider DC franchise, such as Metamorpho. It also introduces brand new characters to the Arkhamverse such as Zimmer, the builder of the various Batmobiles; Kid Shark, son of the deceased Suicide Squad member King Shark; and Tweedledie, a genetically engineered cousin of Tweedledum and Tweedledee.