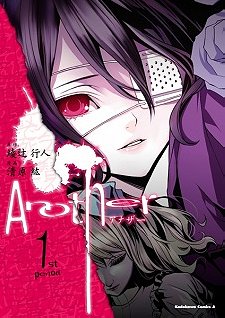 View all Another pictures
During the spring of 1998 in the town of Yomiyama, Kouichi Sakakibara is supposed to start classes at a new school. Unfortunately, he is stuck in the hospital due to a collapsed lung. When he is wandering the hospital, he meets a dark-haired girl named Mei Misaki wearing his new school's uniform—an innocent chance encounter that will have more repercussions than he knows.

When Sakakibara is finally able to attend classes at Yomiyama North Middle School, he notices his classmates treat Misaki as if she doesn't exist. He tries to uncover the mystery around her, but his classmates' behavior only gets stranger. And when fellow students in Class 3-3 inexplicably begin dying horrible deaths, Sakakibara begins to question a link between Misaki and the rising body count.