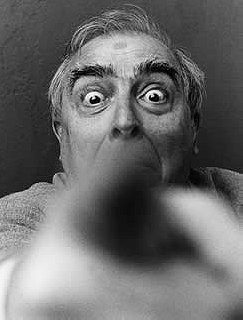 125 votes
The Director and The Muse (36 items)
list by SFG¿mystic
Published 10 years, 3 months ago

27 votes
My favorite film of my favorite directors (215 items)
list by Rath
Published 7 years, 8 months ago

Chabrol's career began with Le Beau Serge (1958), inspired by Hitchcock's Shadow of a Doubt (1943). Thrillers became something of a trademark for Chabrol, with an approach characterized by a distanced objectivity. This is especially apparent in Les Biches (1968), La Femme infidèle (1969), and Le Boucher (1970) – all featuring Stéphane Audran, who was his wife at the time.

Sometimes characterized as a "mainstream" New Wave director, Chabrol remained prolific and popular throughout his half-century career. In 1978, he cast Isabelle Huppert as the lead in Violette Nozière. On the strength of that effort, the pair went on to others including the successful Madame Bovary (1991) and La Cérémonie (1996). Film critic John Russell Taylor has stated that "there are few directors whose films are more difficult to explain or evoke on paper, if only because so much of the overall effect turns on Chabrol's sheer hedonistic relish for the medium...Some of his films become almost private jokes, made to amuse himself." James Monaco has called Chabrol "the craftsman par excellence of the New Wave, and his variations upon a theme give us an understanding of the explicitness and precision of the language of the film that we don't get from the more varied experiments in genre of Truffaut or Godard. ... (more) (less)
Tags: French (3), Died 2010 (3), Writer (3), Born 1930 (3), Actor (3), Thriller (2), Technical Advisor (2), Productive (2), Deceased (2), Director (2), Producer (2), Hitchcock (2), Screenwriter (1), Mysteryt (1), Male (1), European (1), Mystery (1), How Come It Is So Claude? (1)
My tags:

4. The Flower of Evil

4. The Flower of Evil

3. The Other Side of the Wind

2. The Other Side of the Wind

samira voted for an image 5 months ago

mirinbuddy added this to a list 9 months, 1 week ago
My 10 Favorite Directors (10 person items)

CD Smiles added this to a list 5 years, 2 months ago

Dark Warrior added this to a list 6 years, 3 months ago

Dark Warrior voted for an image 6 years, 3 months ago