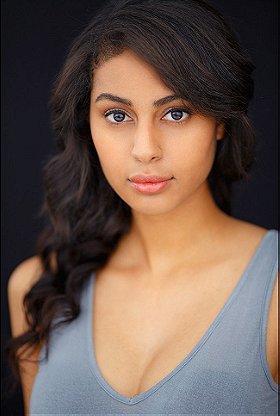 Born in Montreal, QC and raised in Toronto, ON, Backo has delved into the world of acting. She grew up immersed in her academic life, dance and modeling but it was her father's persistent storytelling throughout her childhood that would eventually pull her into the acting industry.

During her year off between high school and university for Sciences, Clark decided to take acting classes. It wasn't until she enrolled in on-going scene study classes with Jock MacDonald at Straeon Studios that she really starting practicing the art of storytelling; just like her father. Now both on-set and in class, Clark enjoys challenging herself by taking on stories that go beyond herself. Clark is eager to tell stories that aren't being told to give people a voice that otherwise wouldn't have one.

RevelationEques posted a image 1 year ago

django123 voted for 4 images 2 years ago

parryj voted for 6 images [View All] 2 years ago

TrekMedic added this to a list 2 years ago
Maple Syrup? (30 person items)

TrekMedic voted for 3 images 2 years ago

RevelationEques rated this 8/10 2 years, 7 months ago

fantazjusz voted for 11 images [View All] 2 years, 8 months ago

Dark Warrior voted for 12 images [View All] 3 years, 4 months ago

aLittleTyger rated this 7/10 3 years, 6 months ago