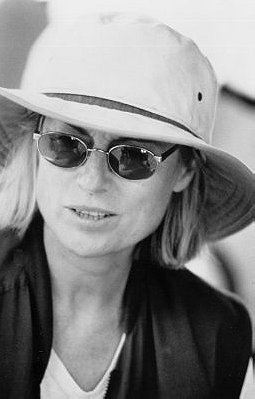 Peploe got her first break in feature films with the legendary Italian director Michelangelo Antonioni on his classic Zabriskie Point. Following that she worked with Bernardo Bertolucci as assistant director on 1900 and La Luna. Her first film as a director was the short Couples and Robbers, which she also wrote, and which received both Oscar and British Academy nominations. Her feature film debut came with the romantic drama High Season, which won a Silver Shell at the San Sebastian Film Festival. Her thriller Sauce for the Goose, based on the Patricia Highsmith novel, won the Prix dù Public at the Festival de Cognac. In 1994 she directed her third film Rough Magic starring Bridget Fonda and Russell Crowe and in 1998 she also wrote the screenplay and was the associate producer of Bernardo Bertolucci's Besieged. ... (more) (less)
Tags: Born 1942 (1), Died 2021 (1)
My tags: