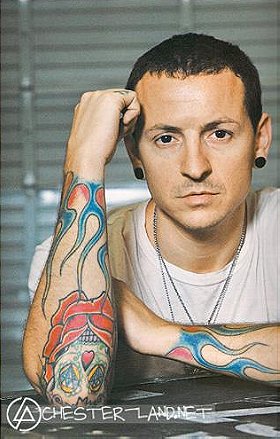 Bennington became known as a vocalist with Linkin Park's debut album, Hybrid Theory, in 2000, which was a massive commercial success. The album was certified Diamond by the RIAA in 2005, making it the best-selling debut album of the decade, as well as one of the few albums to ever hit that many sales. Linkin Park's following studio albums, Meteora, Minutes to Midnight, A Thousand Suns, and Living Things, released in 2003, 2007, 2010, and 2012 respectively, continued the band's success. Bennington formed his own band, Dead by Sunrise as a side-project in 2005. The band's debut album, Out of Ashes was released on October 13, 2009.

SwtChaos added this to a list 3 years, 3 months ago

Kandi voted for an image 3 years, 3 months ago

chloe51 voted for an image 3 years, 3 months ago