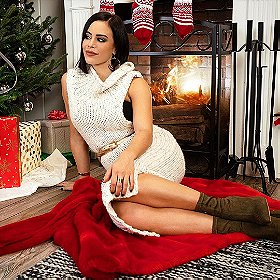 She was born on July 14, 1987, in Indianapolis, Indiana. Her birth sign is Cancer. She was raised by her mother, Charlene May Arnolt, a speech-language pathologist in Indianapolis.

From 2010 to 2011, she started working for WSAZ-TV in West Virginia after her graduation. Then she worked as a general assignment reporter at WDAF-TV in Kansas City from 2011-2013. She then returned home to Indiana and worked as sports anchor/reporter in 2013 and she continued till 2015.

Charly Arnolt has begun to work as an independent project called ‘Backtalk Ball’ which was a web-series on Youtube about football and basketball and after few months, she got an offer by WWE and she started doing ring announcing and live events hosting by late 2016.

Currently, she is the part of the regular backstage crew for Raw doing segments and interviews and has done announcing for different programs like WWE Smackdown and Summerslam. ... (more) (less)
Tags: Raven Haired (1), Wwe (1)
My tags:

jordanwiles94 added this to a list 3 days, 10 hours ago

Scott Newman added this to a list 10 months, 1 week ago
Most beautiful women EVER and beyond (2323 beauty items)

cekadidas voted for 2 images 1 year ago

coffee-boy voted for an image 1 year, 5 months ago