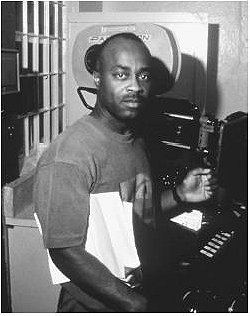 Born in Vicksburg, Mississippi, on April 13, 1944, Charles Burnett is a leading African-American filmmaker known for such highly regarded films as Killer of Sheep (1977) and To Sleep with Anger. He has spent much of his career creating realistic depictions of modern African-American life for the big screen.

At a young age, Burnett moved to Los Angeles, California. He grew up in the Watts neighborhood, which was later featured in one of his films, and started making movies as a student at the University of California, Los Angeles. After earning a bachelor's degree from UCLA in 1969, Burnett continued his studies at the school, receiving a master's degree in 1977. He was part of a group of revolutionary filmmakers, including Julie Dash, Billy Woodbury and Larry Clark.

Throughout his career, Charles Burnett has struggled to both get his films financed get them into movie theaters. He began working on Killer of Sleep, a look at a working-class man in Watts, in 1973. Using nonprofessional actors, Burnett made the film for less than $10,000. The finally had a very limited release in 1977, but it still earned wide critical acclaim, including a prize at the Berlin International Film Festival in 1981.

In 1980, Burnett received a Guggenheim fellowship, which helped him with his next project. He once again employed a nonprofessional cast for this film, My Brother's Wedding, exploring family dynamics and friendship. In 1988, Burnett received a MacArthur Foundation grant. Two years later, he won much praise for To Sleep with Anger, starring Danny Glover. Despite having a well-known Hollywood actor as his lead, Burnett still had difficulty getting the film released: It played in only 18 theaters nationwide.

Burnett later explored issues of power and corruption with The Glass Shield (1994), starring apper and actor Ice Cube. "This film deals with police cover-ups and the fact that some police officers have a history of cover-ups," Burnett said of the work in an interview with Jet magazine. Later moving to the small screen, the filmmaker earned praise for his direction of the 1996 television movie Nightjohn.

In 1999, Burnett finished The Annihilation of Fish, starring James Earl Jones. He also directed several TV projects around this time, including Oprah Winfrey Presents: The Wedding (1998).

Burnett went on to work with Danny Glover again, on 2007's Namibia: The Struggle for Liberation, which tells the story of the country's first president, Sam Nujoma.

While he has yet to become a famous director along the lines of Spike Lee, Burnett has been a highly influential filmmaker, and his works have served as an inspiration to countless others. The Museum of Modern Art in New York held a retrospective of Burnett's work in 2011. That same year, the University Press of Mississippi published Charles Burnett: Interviews. ... (more) (less)
My tags:

3. The Wonderful World of Disney

omnivorousrex added this to a list 1 year, 8 months ago
Tribute...Black directors...Behind the camera (79 person items)