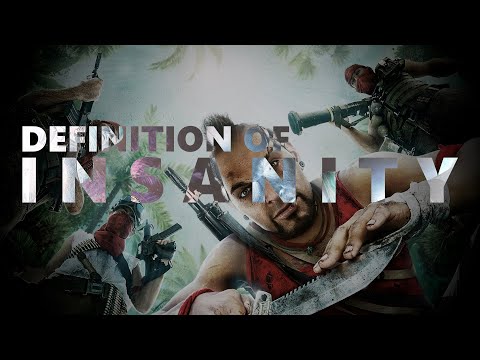 1 vote
View all Vaas Montenegro pictures (9 more)
Vaas Montenegro is the secondary antagonist of Far Cry 3 and is the poster character for the game, being featured in numerous promotional materials.

Vaas was born in 1985 on the Rook Islands and from a young age, he was a member of the native Rakyat. He was particularly close to his sister Citra and mentions that his first kill was for her.

Some time before 2012, Vaas became addicted to drugs, brought to the islands by deranged slave and drug trafficker Hoyt Volker. Vaas eventually established contact with Volker who found potential in Vaas and promoted him to right-hand man. Vaas went on to become the leader of the Pirates, a faction consisting of pirates that came to the Rook Islands to rape, pillage, steal and murder.

Vaas and his men would help Volker with his business (such as growing marijuana fields and kidnapping and selling into slavery people who land in the North Island) and strike terror and injustice in the Rakyat and the islands that are rightfully theirs. Vaas would operate from a hidden fortress in the North Island from where he would oversee the deaths and destruction he caused on the natives and the Rakyat who were once considered his family.

He is voiced by Michael Mando.

edlongshanks rated this 9/10 4 years, 5 months ago

Rylvan added this to a list 4 years, 5 months ago
Favorite Characters (405 characters items)

Rylvan voted for an image 4 years, 6 months ago