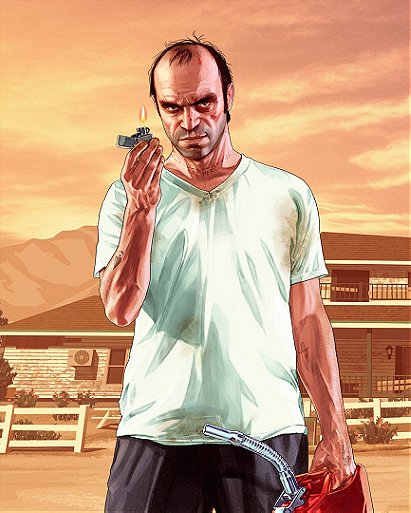 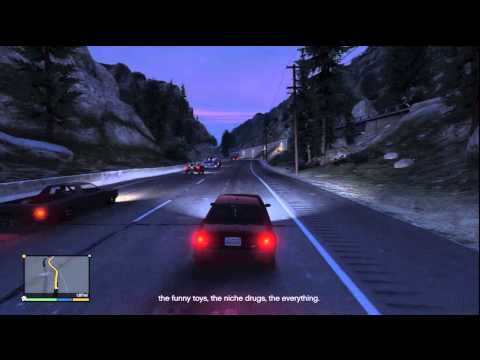 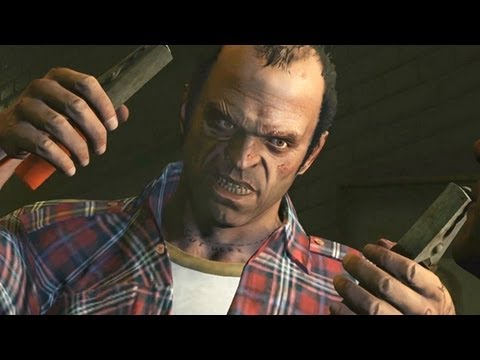 Trevor was born and raised in Canada, near the Canada/United States border. In a conversation with Franklin while hanging out, he claims he "grew up in five states, two countries, fourteen different homes, eight fathers, three care homes, two correctional facilities, one beautiful, damaged flower of a mother" and has "served time, my country, your country and myself". Even as a child, he had a history of rage issues and violent impulses that ruined his attempts to fit into society (notably, it is implied that he, in a fit of rage, sodomized his hockey coach with a hockey stick). His father was abusive towards him, while his mother was overbearing and treated him with condescension. When he was a child, his father abandoned him in a shopping mall. He later burned down the mall in retaliation. Trevor also had a brother named Ryan, who died due to an unknown accident. Trevor reveals, that he dropped out of school. This is the possible reason, why he has a lack of some basic knowledges, such as location of the ancient Rome, which he thought to be a part of America. He also reveals, that he has problems with grammar and "improvising", when it comes to punctuation. It's possible, that he has had some formal education, as he mentions during police chases that he took a night class in criminal law. Later in his life, Trevor discovered that he had a talent for flying jets. He enlisted in the military to pilot fighter jets, but several days prior of completing his training, he was discharged due to his mental instability.

Trevor has showed a lot of hints that he feels sexual attraction towards men too, besides his normal sexual dominant behaviour towards weaker men. He showed certain interests in the stag do running man random encounter. In the mission I Fought The Law, Trevor touches the private parts of one of the guys as he's dressed as a police man. During a drink outing with Franklin, he admits he already have done fellatio on men (I'd rather suck a dick than smoke weed... and trust me, I've done both!). In another conversation during an outing with Michael and Franklin at the same, time, he admits he's bisexual after Clinton asked him whether he's gay or not.

Rylvan added this to a list 2 years, 8 months ago
Favorite Characters (404 characters items)

Georgini added this to a list 4 years, 2 months ago