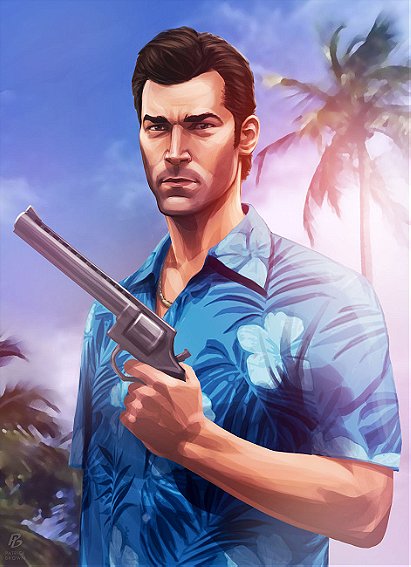 1 vote
View all Tommy Vercetti pictures (2 more)
Thomas "Tommy" Vercetti is the main protagonist and playable character in the 2002 video game Grand Theft Auto: Vice City, a game in the Grand Theft Auto series. He is voiced by Ray Liotta.

After being released from prison, Tommy accepts to take part in a deal for an old friend, in which he was ambushed. In an attempt to find the man who set up the ambush, Tommy rises through the ranks of the Vice City crime underworld. After murdering the man who set up the ambush, he becomes extremely powerful in the criminal world, and eventually becomes the kingpin of Vice City.

WillChangeTomorrow rated this 8/10 2 months, 1 week ago