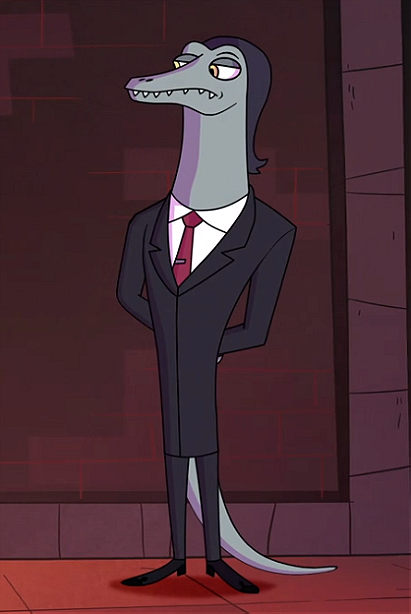 View all Toffee pictures
Toffee is a major antagonist of Star vs. the Forces of Evil. He is an immortal monster that Moon fought when she was young. In "Fortune Cookies", he infiltrates Ludo's army as a member and an "evil efficiency expert" with ulterior motives. He became the leader of the army after usurping the position from Ludo in "Marco Grows a Beard".

After blowing up and cleaving Star's wand in "Storm the Castle", Toffee is presumably dead. It is later revealed in "The Hard Way" that he possesses Ludo's body, and half of the wand's magic is under his control.

In his titular episode, he regains his old form after corrupting and draining most of the magic in the universe, but he is ultimately overwhelmed and defeated by Star's magic.