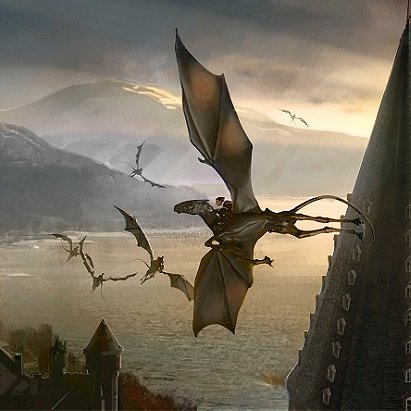 View all The Thestralliers pictures (8 more)
Harry Potter, Ron Weasley, Hermione Granger, Ginny Weasley, Luna Lovegood and Neville Longbottom—the six leading members of Dumbledore's Army, who rode Thestrals from Hogwarts to the Ministry of Magic in London, England on 17 June, 1996, after Harry had a dream about Sirius Black being tortured by Lord Voldemort in the Department of Mysteries.

The six fought together again a year later on 30 June, 1997, assisting the Order of the Phoenix in defending Hogwarts. When Harry ordered Ron and Hermione to rouse Dumbledore's Army, only Ginny Weasley, Luna Lovegood and Neville Longbottom answered the call.

In the final year of the war, Neville, Ginny and Luna revived Dumbledore's Army and led them in underground resistance against Voldemort's brutal control of Hogwarts while Harry, Ron and Hermione were on the run hunting down and destroying Voldemort's Horcruxes.