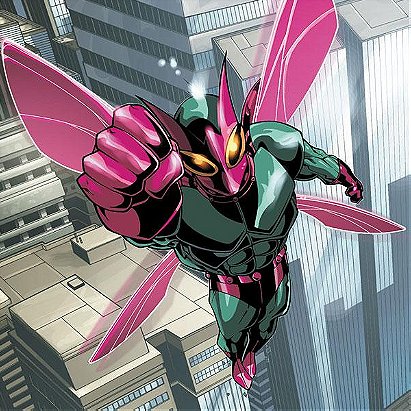 View all The Beetle (Mach) pictures (9 more)
The first version of the Beetle armor debuted in the "Human Torch" segment of Strange Tales #123 (August 1964) as Abner Jenkins's creation. This version was beaten by the Thing and Human Torch. This version would only be used for a few years before the character switched to the second version, which is the armor most associated with the name. This version would be in use until Thunderbolts #1 (April 1997) when Abe Jenkins's alter ego was changed to MACH-1.

A new version of the Beetle armor debuted in Thunderbolts #35 (February 2000). This version resembled a walking tank and would be used by Jenkins and Leila Davis, the second person to use the Beetle identity. This version was crushed by Graviton, killing Davis who was still inside at the time.

After Davis's death, the Beetle armor would go unused until Thunderbolts #103 (August 2006) when all three versions were stolen and used by three college students. How, why and exactly when the third version of the armor was rebuilt was not made clear. The individual names of these characters were not revealed.

upgradeslinky rated this 4/10 3 years, 8 months ago