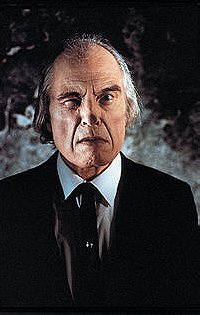 View all Tall Man pictures
Originally, the Tall Man was a mild-mannered 19th century mortician by the name of Jebediah Morningside. After years of performing funerals and burying the bodies of those who had died, he began to develop a fascination with any possible connection between our world and the world of the dead. Jebediah's research eventually led him to construct a machine that enabled him to travel through time and space. After going through the portal for the first time, travelling to a destination unknown, he promptly returned, irrevocably changed and henceforth known as the Tall Man.

crazymetalhead added this to a list 1 month, 3 weeks ago
Pure Evil (52 characters items)