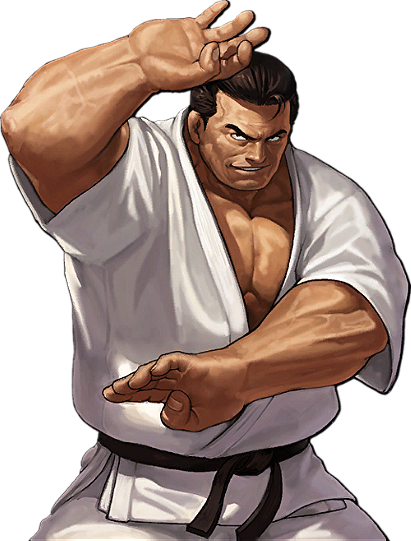 View all Takuma Sakazaki pictures (18 more)
Takuma Sakazaki (タクマ・サカザキ; also written as 坂崎 拓馬, Sakazaki Takuma) is a character from both the Art of Fighting and The King of Fighters fighting game series. His distinguishing feature is an X-shaped scar on his right pectoral. He is also somewhat eccentric, donning his tengu mask and insisting he's Mr. Karate, and delivering speeches that are supposed to rally morale, but often make him look silly. Takuma is the most established known Kyokugenryu Karate practitioner, and he is the only one in the discipline who can make full use of the discipline's most difficult moves.
He is voiced by Eiji Tsuda in the games, and by Hōchū Ōtsuka for The King of Fighters '94 Dengeki Bunko drama CD.

Magnfcent rated this 5/10 3 months ago

Georgini rated this 9/10 8 months ago