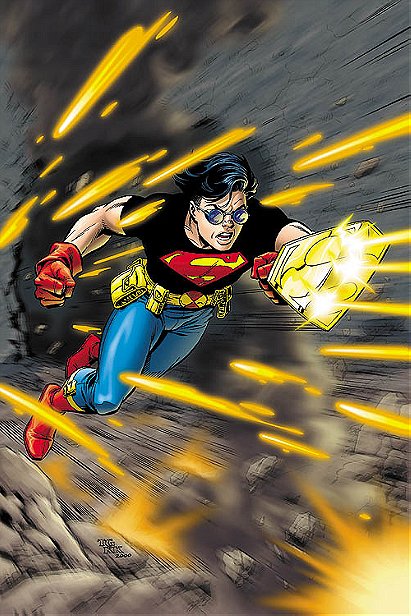 1 vote
View all Superboy pictures (12 more)
Superboy (Kon-El) is a fictional character, a comic book superhero in the DC Comics universe. A modern update of the original Superboy (who is a younger version of Superman), the character first appeared in Adventures of Superman #500 (June 1993), and was created by writer Karl Kesel and artist Tom Grummett.[2]
Originally a metahuman clone of human origin genetically engineered to look like Superman with simulated powers, he was retconned in Teen Titans vol. 3, #1 (September 2003) as a Kryptonian/human hybrid clone of Superman and his arch nemesis Lex Luthor. As of the New 52, Superboy is still a Kryptonian/human hybrid clone of Superman, but the human donor has been revealed to be Lois Lane along with the addition of a third donor originating from Jon Lane Kent, Lois and Clark's son from an alternate future timeline.

ivartheboneles rated this 8/10 3 years, 1 month ago

KBLists added this to a list 4 years, 9 months ago