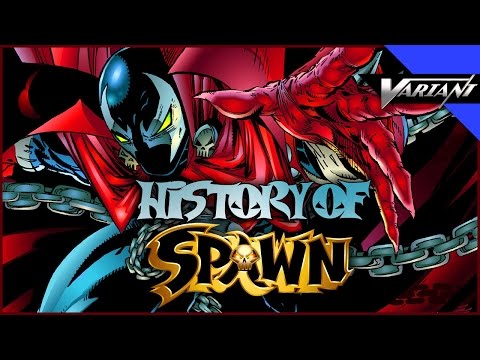 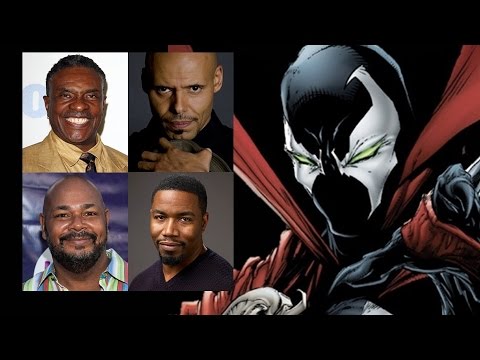 1 vote
View all Spawn pictures (16 more)
Comic book superhero who appears in a monthly comic book of the same name published by Image Comics. Created by writer/artist Todd McFarlane, the character first appeared in Spawn #1 (May 1992). Spawn was ranked 60th on Wizard magazine's list of the Top 200 Comic Book Characters of All Time, 50th on Empire magazine's list of The 50 Greatest Comic Book Characters and 36th on IGN's 2011 Top 100 Comic Book Heroes.

The series has spun off several other comics, including Angela, Curse of the Spawn, Sam & Twitch, and the Japanese manga Shadows of Spawn. Spawn was adapted into a 1997 feature film, an HBO animated series lasting from 1997 until 1999, and a series of action figures whose high level of detail made McFarlane Toys known in the toy industry.

Origin:
Spawn was once a man named Al Simmons, a highly trained assassin and was considered the best. He was a well known soldier who was at his most successful point when he saved the President from an attempted assassination. He was promoted to a higher level of the C.I.A. that dealt with the things the Government had kept secret from the general public. However, Al soon realized that the Government wasn't always right and started questioning if they were truly correct in their actions. This caught the attention of people in high power.

Jason Wynn who had long since been his superior found out about this and knew that Al knew too much. So he hired Chapel who was Al's friend and partner to kill him. In a blazing inferno Al Simmons was murdered and his soul was sent to Hell because he had knowingly killed innocents in his C.I.A. days.

Al Simmons in Hell:
Al made a deal to sell his soul to a Demonic Being known as "Malebolgia" to get to see his wife Wanda Fitzgerald once again. He was allowed to come back however he came back five years later as some kind of strange Hellspawn with no memory of what he had done. After remembering what he had done, he sought out his wife only to find she had moved on and married his best friend, Terry Fitzgerald and had even had a child named Cyan.

It was after this event that his demonic guide the Violator, who appeared as a clown, showed up. He revealed to Spawn the purpose of his life and fought him, but had his battle interrupted by Malebolgia. Spawn must fight to survive, after realizing his purpose, against the forces of both Heaven and Hell. This produces major story arcs: A New Life.

Jacob Proper voted for an image 3 months, 4 weeks ago

aleusi voted for an image 2 years, 6 months ago

william maxey 83 voted for an image 3 years, 1 month ago

KBLists added this to a list 4 years, 4 months ago