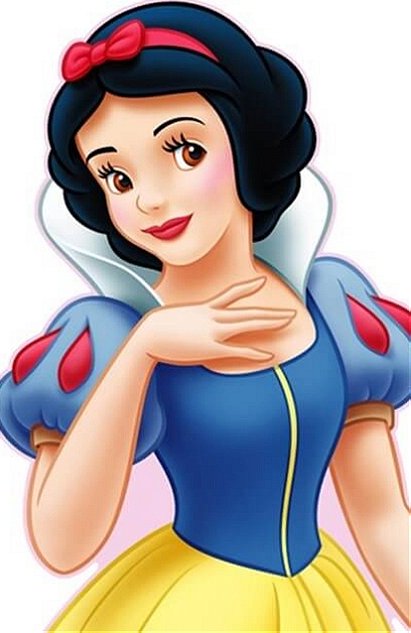 3 votes
View all Snow White pictures (24 more)
Princess Snow White, or Snow for short, is the heroine and the titular character of Disney's first animated feature-length film Snow White and the Seven Dwarfs since 1937. She is a young Princess; the "Fairest of Them All" who, in her innocence, cannot see any of the evil in the world. This makes her more vulnerable to her jealous stepmother the Queen, who wishes to be the fairest in the land; however, Snow White's inherent kindness and purity inspires her friends, the forest animals and the Seven Dwarfs to protect her. In the film, she is both a protective mother figure and an innocent child in her relationship with the forest animals and the Seven Dwarfs. She was voiced by the late Adriana Caselotti in the original film, and is now voiced by Katherine Von Till. She has also been voiced by Carolyn Gardner in other appearances. She is the 1st and youngest official Disney Princess and provided the basis for later heroines such as Cinderella and Princess Aurora.

SoulMind voted for an image 4 years ago

bandofsisters rated this 7/10 4 years, 1 month ago

Dark Warrior voted for an image 4 years, 1 month ago

David Lawrence voted for 6 images [View All] 4 years, 1 month ago

upgradeslinky rated this 1/10 4 years, 3 months ago

Fae Tae voted for an image 4 years, 5 months ago

compcua added this to a list 5 years, 5 months ago
Who's the best Snow White ? (67 person items)