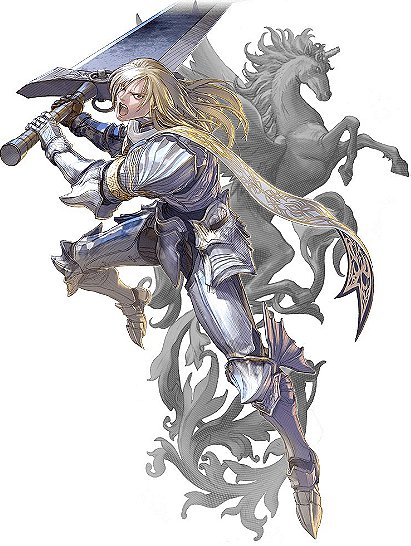 1 vote
View all Siegfried Schtauffen pictures (6 more)
Siegfried Schtauffen (ジークフリート・シュタウフェン, Jīkufurīto Shutaufen) is a fictional character in the Soul Calibur series of fighting games. Hailing from the Holy Roman Empire, Siegfried worked as a bandit until he accidentally killed his own father, but his madness and grief caused him to convince himself someone else was responsible. Originally, he wanted to find the legendary sword Soul Edge, for he believed it would allow him to avenge his father's death. Unfortunately, when he obtained Soul Edge, he became corrupted by its evil power and became Nightmare, the primary antagonist of the series. Over time, Siegfried regains his sanity and separates himself from Nightmare, who becomes an entity of its own. Siegfried obtains Soul Calibur, Soul Edge's polar opposite, and embarks on a new quest to destroy Nightmare once and for all.

Leader Vladimir voted for an image 5 years, 3 months ago