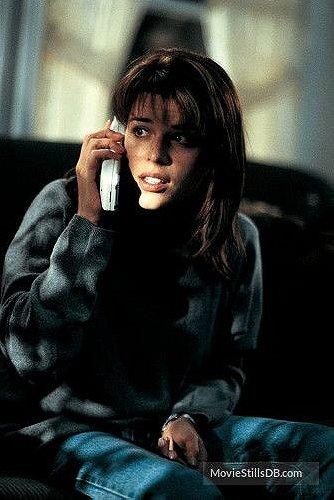 View all Sidney Prescott pictures (13 more)
Sidney Prescott is a fictional character and the primary protagonist of the Scream series. The character was created by Kevin Williamson and Wes Craven and is portrayed by Canadian actress Neve Campbell. She first appeared in Scream (1996) followed by three sequels: Scream 2 (1997), Scream 3 (2000) and Scream 4 (2011). The character appears in the Scream films as the target of a series of killers who adopt the Ghostface persona, a ghost mask and black cloak, to pursue her. In each film, the Ghostface killers often murder people close to Sidney and taunt her by phone with threats and intimate knowledge of her life or the murder of her mother, leading to a final confrontation where the true killer is revealed.