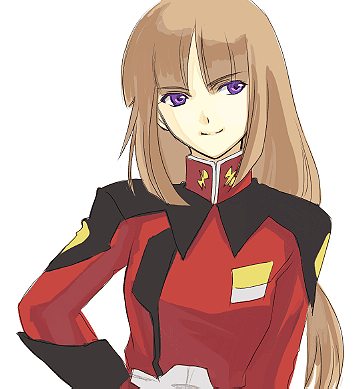 View all Shiho Hahnenfuss pictures
Shiho Hahnenfuß (シホ・ハーネンフース) is a ZAFT pilot with who appeared in Gundam Seed MSV; she made appearance in both Mobile Suit Gundam SEED and Mobile Suit Gundam SEED Destiny but never had any dialogue. In video games, Shiho was voiced by Makiko Omoto and was a playable character in the PS2 game Mobile Suit Gundam Seed: Never Ending Tomorrow with her own dialogue and mini-story. She is given the nickname "Housenka" (Balsam), a flower that is often called "Touch Me Not" in English, by Yzak Joule because her use of the YFX-200 CGUE DEEP Arms's beam cannons during battle reminds him of how the flower disperse its seeds. Shiho later gave up the CGUE DEEP Arms for the more advanced ZAKU.