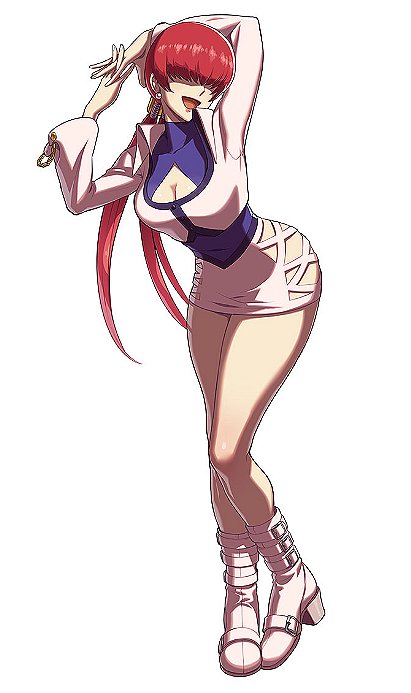 1 vote
View all Shermie pictures (7 more)
Shermie (シェルミー, Sherumī) is a video game character in the King of Fighters series who first appeared in The King of Fighters '97 as a member of the New Face Team. She is one of the Four Heavenly Kings of Orochi who is the dark counterpart to Benimaru Nikaido. Shermie and Angel have the largest bust measurement of all King of Fighter females (92 cm). It is stated on her profile on KOF 10th she was based on the character Fujiko Mine from the anime Lupin the 3rd. Aside from the main body of the KOF series, Shermie also stars in her own character image album.
Both versions of her are voiced by Hazuki Nishikawa.

krosis added this to a list 1 year, 10 months ago

OmegaMenethil added this to a list 5 years, 7 months ago