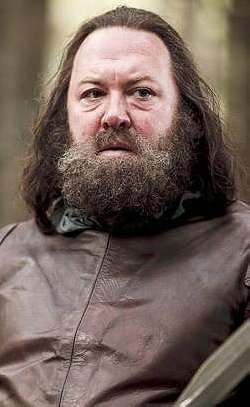 11 votes
Characters I miss in Game of thrones (15 items)
list by steven2185
Published 5 years, 5 months ago

1 vote
View all Robert Baratheon pictures (4 more)
Robert Baratheon is the King of the Seven Kingdoms of Westeros and the head of House Baratheon of King's Landing. Robert was crowned king after winning the War of the Usurper and taking the crown from Aerys II Targaryen, his first cousin once removed. Robert fought the war to keep the hand of Lyanna Stark, with the aid of her brother, his close friend, Eddard Stark. Due to Lyanna's death, however, Robert married Cersei Lannister to ensure political stability. Robert has three children with Cersei: Joffrey, Myrcella, and Tommen. In the TV series he is played by Mark Addy.

valgard added this to Rated list 1 month, 1 week ago

Georgini rated this 8/10 8 months ago

upgradeslinky rated this 2/10 4 years, 5 months ago

SpokeOne added this to a list 5 years, 4 months ago

steven2185 added this to a list 5 years, 5 months ago
Characters I miss in Game of thrones (15 characters items)