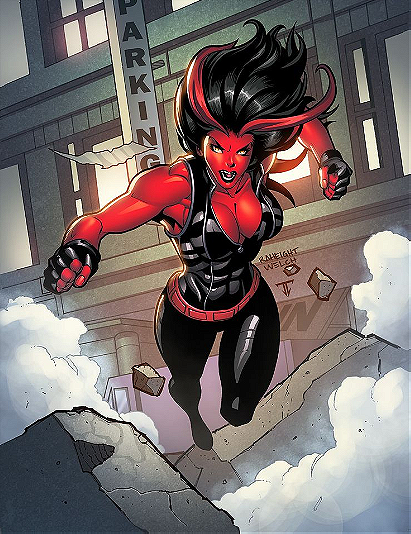 1 vote
View all Red She-Hulk pictures (15 more)
Elizabeth "Betty" Ross (later Betty Talbot and then Betty Banner) is a fictional character, a superhero created by Stan Lee and Jack Kirby, that appears in comic books published by Marvel Comics. She made her first appearance in Incredible Hulk #1 (1962) as a romantic interest of the Hulk (Dr. Bruce Banner) and is the daughter of General Thunderbolt Ross.

She was portrayed by Jennifer Connelly in the 2003 film Hulk and by Liv Tyler in the 2008 film The Incredible Hulk.

AdamantiumX added this to a list 3 years, 11 months ago

BAMF added this to a list 4 years, 5 months ago
Marvel Characters That Could Fit in Mortal Kombat (58 characters items)