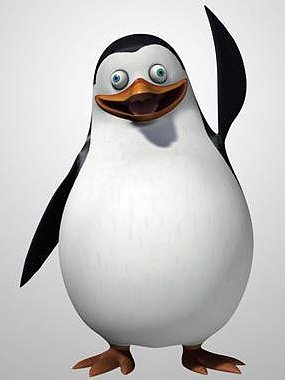 2 votes
View all Private pictures
Private is the youngest, shortest, chubbiest, and the most inexperienced member of the team. Despite his inexperience, sometimes he is the only penguin able to resolve the main issue (episode) in the series. He is able to reach an end that has both parties in a 'win-win' situation (giving Barry a hug and making the rest Zoo forget the penguin's spying on them, even his own team). In Eclipsed, King Julien states that Private is the nicest animal in the zoo. However, he is an excellent fighter (he was easily able to defeat Skipper in a training session in The Hidden). He has light blue eyes and speaks with a British accent (which Skipper and the others calls adorably fake as stated in Hard Boiled Eggy). He's the only penguin who's ever disobeyed Skipper twice in one episode. (Cute-Astrophe)