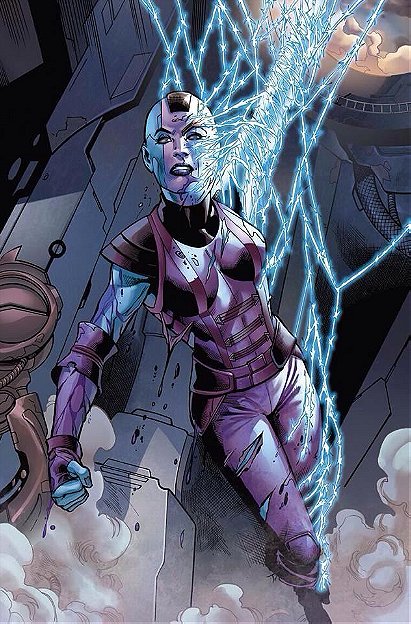 1 vote
View all Nebula pictures (14 more)
[Link removed - login to see]
Nebula is a fictional character, an alien supervillain appearing in the Marvel Comics Universe. A pirate and mercenary operating in outer space, the character has frequently appeared as an enemy of the Avengers and the Silver Surfer.

Nebula has appeared in several other media adaptations of the Marvel comics, including animated television series and video games.

princesstwi added this to a list 1 year, 8 months ago
Superhuman Strength (89 characters items)

BAMF added this to a list 5 years, 7 months ago
Marvel Characters That Could Fit in Mortal Kombat (58 characters items)