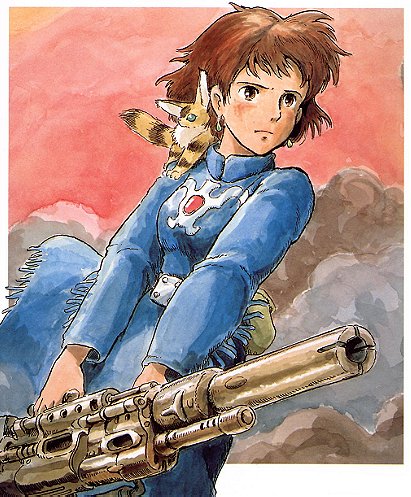 42 votes
Women who inspire me (30 items)
list by SɦαŁ
Published 7 years, 1 month ago

Fuelled by her love for others and for life itself, Nausicaä studies the ecology of her world to understand the Sea of Corruption (or Toxic Jungle in the anime) which came into being after the Seven Days of Fire, a technological war which killed most of humanity.

Nausicaä has an impressive commitment and a magnetism that causes her to be admired and adored by all. Her empathy allows her to communicate with many animals, including the Ohmu, an intelligent race of giant insects who are guardians of the Sea of Corruption or Toxic Jungle and are feared by most other humans.

MerryKurisuma rated this 8/10 1 month, 3 weeks ago

Theikari rated this 9/10 7 months ago

holasoy1capo rated this 8/10 8 months ago

upgradeslinky rated this 8/10 5 years, 2 months ago

steven2185 added this to a list 5 years, 9 months ago
Redheads in anime (16 characters items)

dapigfromspace rated this 4/10 6 years, 2 months ago