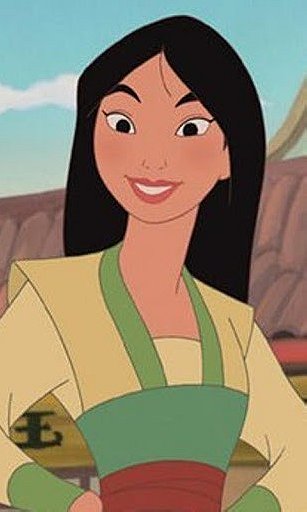 1 vote
View all Fa Mulan pictures (37 more)
Fa Mulan is the titular protagonist of Disney's 1998 animated feature film, Mulan. She is the strong-willed and tenacious daughter of a war veteran, who strives to uphold her family's honor. When her father is called back into battle to defend China from Shan Yu, Mulan opts to protect him by taking his place under the guise of a male soldier named Ping.

Mulan is inspired by the legendary Hua Mulan. She is the eighth official Disney Princess, the only one not to be of royal lineage either by birth or marriage.

Schizoidsudaca rated this 7/10 5 months, 2 weeks ago

Henny voted for 6 images [View All] 2 years, 5 months ago

Krankenhaus added this to Rated list 3 years, 6 months ago

arkkangabriel rated this 9/10 4 years, 5 months ago

Ghosthack rated this 9/10 5 years ago

compcua added this to a list 5 years, 2 months ago
Who's the best Mulan ? (50 person items)