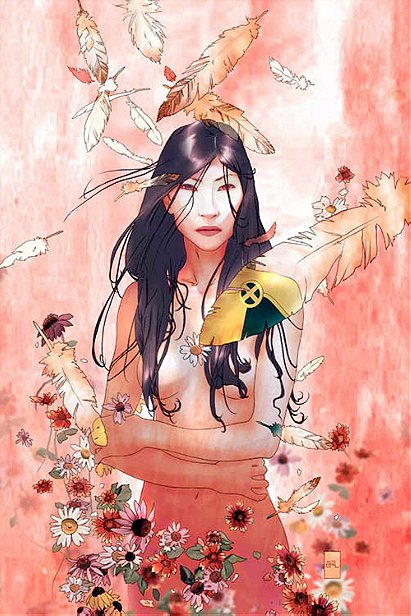 A mutant, Moonstar originally possessed the psionic/psychic ability to telepathically create illusions of her opponents' fears or wishes. She later developed a wide range of psionic and energy manipulation powers. She also developed some magical abilities after a series of adventures in Asgard. She was a member of the X-Men's 1980s junior team the New Mutants and, after a long absence, its reincarnation X-Force.

cudion added this to a list 5 years, 11 months ago
DC and Marvel teams (256 characters items)