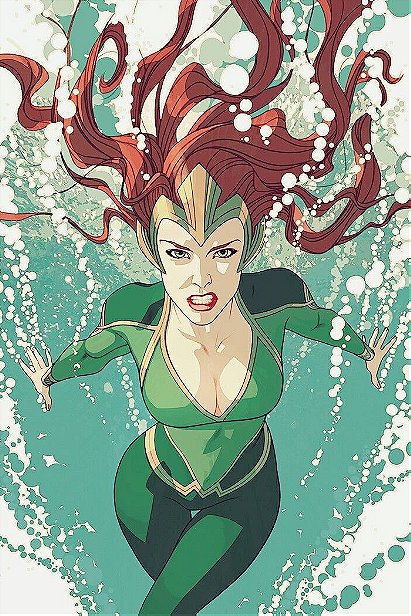 1 vote
View all Mera pictures (63 more)
[Link removed - login to see]
Wife of Aquaman and former Queen of Atlantis, Mera is from Xebel, a watery dimension inhabited by an exiled group of Atlanteans.

Originally portrayed as a supporting character to her husband, the superhero Aquaman, modern writers have traditionally emphasised Mera's own superhuman physical strength and magical power to control water, portraying her as a powerful superhero in her own right. In recent years, Mera has even featured as a member of DC Comics' flagship superhero team, the Justice League. Mera's storylines have also portrayed mental breakdown faced with crippling loss and explored her attempts at coping with lasting anger and rage.

princesstwi added this to a list 1 year, 9 months ago
Cryokinesis (10 characters items)

princesstwi added this to a list 1 year, 9 months ago
Superhuman Strength (89 characters items)

ivartheboneles rated this 9/10 4 years, 1 month ago

shotswerefired voted for an image 4 years, 5 months ago