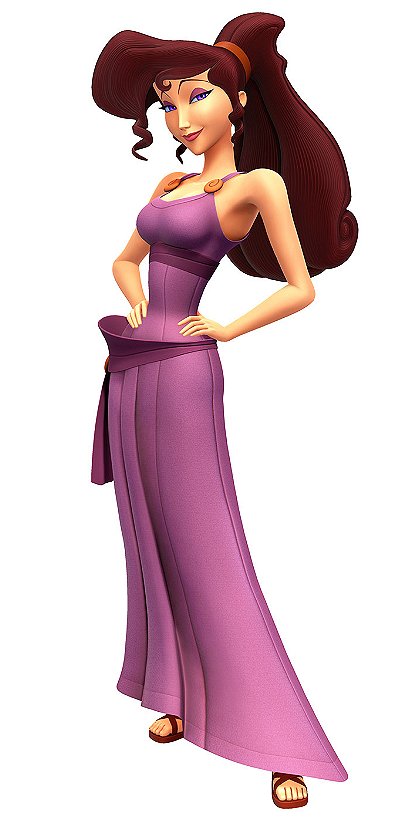 1 vote
View all Megara pictures (3 more)
Megara is the tritagonist of Hercules.
Megara is beautiful, independent and quick-witted, but also cynical and world-weary, making her atypical among Disney's lead females, and plays enough of a heroic part in the movie to be classed as a heroine, rather than just a romantic interest. She has a very low opinion of men in general, since her experiences with them are mostly negative. While Hercules falls for her at first sight, far from falling for him on the spot, she dismisses him as putting on an 'innocent farm-boy routine', and it is not until they spend real quality time together that she begins to fall for him.
Megara is aware of her own sexuality, and is perfectly capable of using it to persuade men to do whatever she wants. But this is just another reason she has a low opinion of men, since it is a thing she is usually unwilling to do.

Meg is afraid of heights, but apparently overcomes her fear by the end of the movie.

whirlwindofsun voted for an image 1 year, 2 months ago

Krankenhaus added this to Rated list 1 year, 4 months ago

compcua added this to a list 3 years, 1 month ago
Who's the best Megara ? (70 person items)

upgradeslinky rated this 1/10 3 years, 4 months ago

compcua added this to a list 4 years, 2 months ago
Who's the best Megara ? (70 person items)

compcua added this to a list 4 years, 3 months ago
The Disney Factor (152 person items)