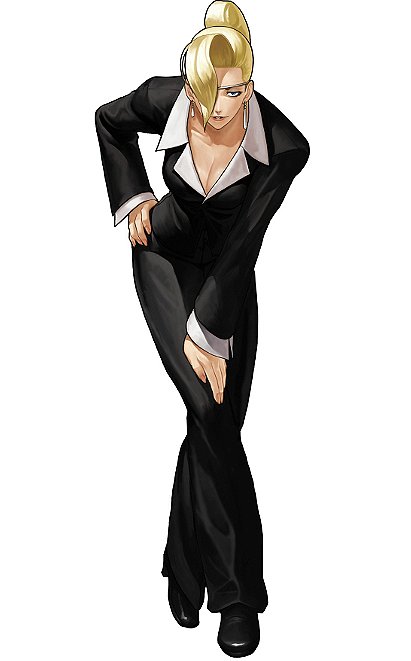 View all Mature pictures
Mature (マチュア, Machua) appears as a member of Iori's Team in The King of Fighters '96. The designers at the time created both Mature and Vice with the image of a "ruthless woman" and a "cruel woman" respectively. Their origin story was mostly based on the notion of Rugal employing secretaries prior to The King of Fighters '96. Both women were unavailable during location testing and were likely finished near the end of the game's production schedule.