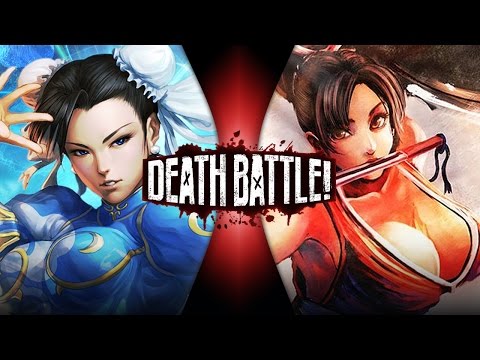 4 votes
View all Mai Shiranui pictures (28 more)
Mai Shiranui is a character from both the Fatal Fury and The King of Fighters series of fighting games by SNK (now SNK Playmore).
She was originally not planned to be included in Fatal Fury at all, as her fighting style was created for a different male ninja. When developers shifted their focus to including an idol character into the series, they decided to scrap the Shiranui man for Mai. Her characteristic "bounce" was loosely modified from a kunoichi (female ninja) method of assassination: to be sensual to their unassuming prey before they strike. According to an issue of Neo Geo Freak, her breasts were modeled after Fumie Hosokawa and her bottom is modeled after Ai Iijima; both women were famous idols at the time.

Mai was rated #4 in GameSpy.com's "Top Ten Babes in Games" feature and #5 in Game Informer's "Top Ten Hottest Girls of the 16-Bit era." In the character popularity poll on Neo Geo Freak's website, she was voted as the fifth favorite character with a total of 2,380 votes. Along with the many figures and merchandise that have been made in her image, she has made an outside game appearance in the spin off series Queens Gate.

walterwhite rated this 6/10 5 months ago

argentango rated this 10/10 8 months ago

krosis added this to a list 1 year, 6 months ago

krosis voted for 8 images [View All] 2 years, 4 months ago

Leader Vladimir voted for an image 5 years ago

OmegaMenethil rated this 6/10 5 years, 4 months ago