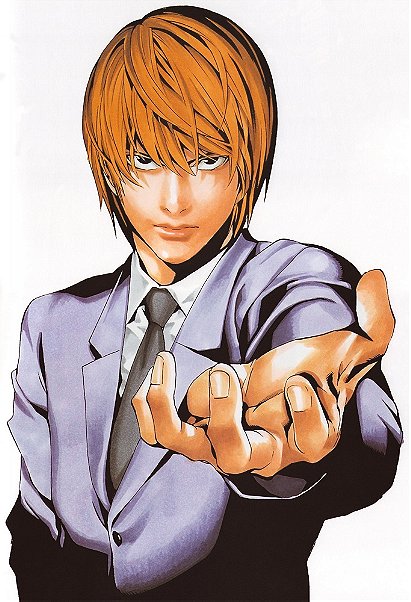 1 vote
View all Light Yagami pictures (15 more)
Light Yagami (夜神 月 Yagami Raito), also known as Kira (キラ), is a fictional character in the manga and anime series Death Note. He is a bored young genius who finds the Death Note dropped by the Shinigami Ryuk by pure chance.

In the anime adaptation, he is voiced by Mamoru Miyano in Japanese, and by Brad Swaile in English; in the live-action film series, he is portrayed by Tatsuya Fujiwara.

Schizoidsudaca rated this 8/10 2 months ago

farahsaxount rated this 9/10 2 months, 3 weeks ago

crazymetalhead added this to a list 5 months, 3 weeks ago
666GreatestFictionalVillains in abc order (2022) (343 characters items)

drekigwib added this to a list 1 year, 7 months ago
Personajes Favoritos (13 characters items)

crazymetalhead added this to a list 1 year, 9 months ago
666GreatestFictionalVillains in abc order (2021) (601 characters items)

WillChangeTomorrow rated this 8/10 1 year, 10 months ago

mayopaprika rated this 6/10 2 years ago