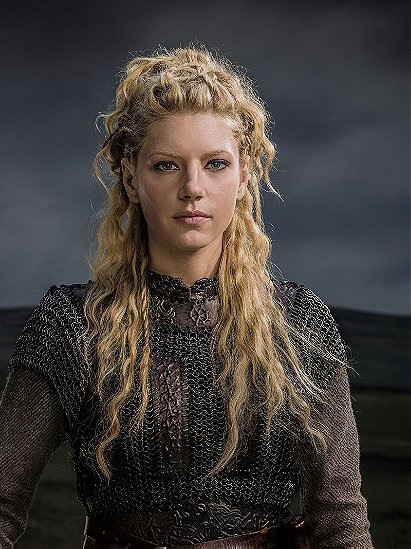 2 votes
View all Lagertha pictures (13 more)
Lagertha is a powerful and well-known shield-maiden, continuing to fight alongside her unfaithful former husband and fellow Viking fighters, refusing to be set aside even before her great tragedy.

Once the devoted wife of the Ragnar Lothbrok, with whom she shared a great love story, deep respect, admiration, and ambitions, Lagertha found it necessary to leave Ragnar after he treated her with increasing - almost contemptuous - disrespect, despite her seeming willingness to forgive his infidelity. This was all in the wake of losing an unborn son through miscarriage, and her only daughter, Gyda, during an outbreak of the plague. Lagertha has since left Kattegat and married another earl.

Since the loss of her children and suffering the blows of love and rejection, Lagertha realizes that Freyja's fertility is meant for another, and that it is the goddess' warrior aspect that speaks to her fellow Valkyrie. Lagertha remains fiercely independent when it comes to protecting her family—and the throne.

Helldiv3r added this to Rated list 9 months, 1 week ago

Rylvan added this to a list 2 years, 1 month ago
Favorite Characters (418 characters items)

PCA added this to Rated list 2 years, 5 months ago

Nikki added this to a list 3 years, 4 months ago
Warrior Women (26 characters items)

SoulMind voted for an image 3 years, 5 months ago

rollcallaction voted for an image 3 years, 8 months ago