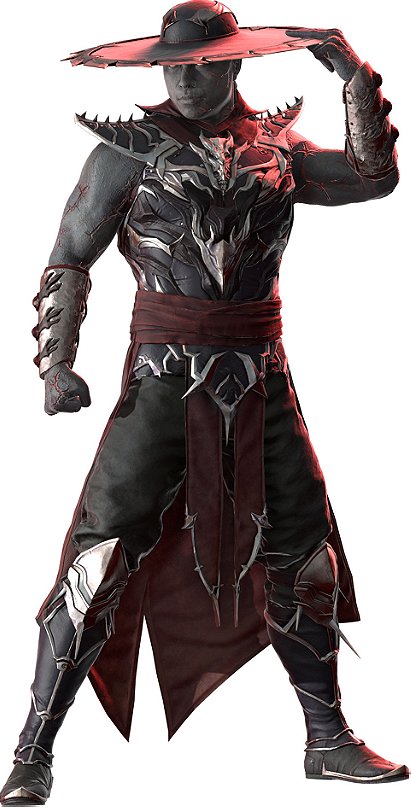 1 vote
View all Kung Lao pictures (2 more)
Kung Lao (功老) is a character in the Mortal Kombat series, and made his debut in Mortal Kombat II.

Kung Lao is a former Shaolin monk and a member of the White Lotus Society. He stands in the shadow of his great ancestor, the Great Kung Lao, but unlike his great ancestor, he has no desire to be champion and would rather live a life of peace. However, this was changed in MK 2011, wherein Lao is now eager to prove himself equal to Liu Kang. As well, he has sought counsel from master Bo' Rai Cho. Of the Earthrealm warriors, Lao is the most outspoken pacifist, although he will not hesitate to severely punish those who attack him, Earthrealm, or his friends. His trademark is his Razor-Rimmed Hat, which he can employ quite powerfully and effectively in combat. Many of his fatalities involve the use of his hat to some extent.

According to MK co-creator John Tobias in a 1995 interview with EGM, Kung Lao's hat was inspired by the 1964 James Bond movie Goldfinger, in which the character Oddjob throws his derby hat as a deadly weapon.

OneSpiderClone rated this 8/10 3 years, 2 months ago

Georgini added this to a list 3 years, 10 months ago
Favourite Characters in Mortal Kombat (10 characters items)

Rylvan added this to a list 4 years, 3 months ago

"Shaolin monk with a razor-brimmed hat, descendant of The Great Kung Lao, and closest friend of Liu Kang."

Rylvan added this to a list 4 years, 12 months ago
POP! Vinyls I Wish Funko Would Make (77 characters items)