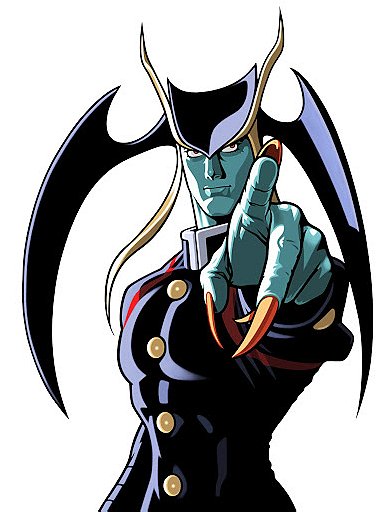 View all Jedah Dohma pictures (4 more)
Jedah first appeared in Darkstalkers 3 along with other newcomers, Lilith, Q-Bee and B.B.Hood who has similarities with the Grim Reaper. Initially he was designed to be Berial Jr. but this concept was changed during the development of the game[2]. Jedah also appeared in Capcom Fighting Evolution and Cross Edge.