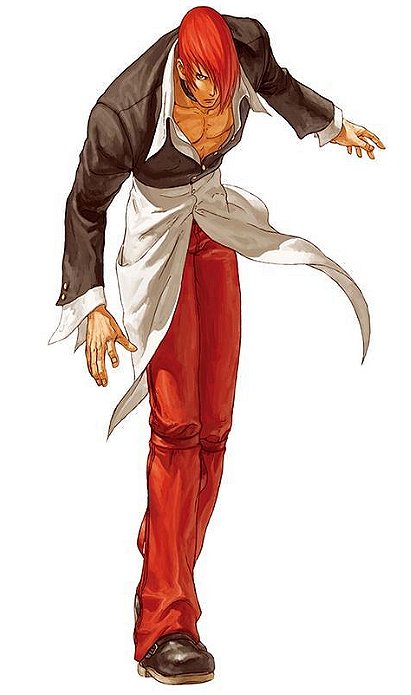 1 vote
View all Iori Yagami pictures (3 more)
Iori Yagami (八神 庵 Yagami Iori?) is a character from the SNK Playmore's The King of Fighters video game series that first appeared in The King of Fighters '95 as the leader of the Rivals Team. He is an iconic character of the series, and regularly appears on publicity material and merchandise. Iori is a central character to the series' plot, and the initial enemy and eventual rival of Kyo Kusanagi. He was created specifically to become Kyo's rival as his name and abilities were designed to relate him with the Yamata no Orochi legend. The designers ended up liking him so much that they take care how his character is developed along the series.

Leonxz added this to a list 3 years, 9 months ago
Favorite Characters (38 characters items)

Leonxz added this to a list 3 years, 9 months ago
Favorite Characters (38 characters items)

OmegaMenethil added this to a list 5 years, 4 months ago

OmegaMenethil rated this 9/10 5 years, 5 months ago