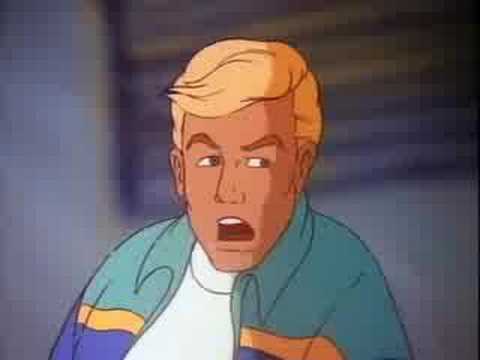 1 vote
View all Human Torch pictures (24 more)
Superhero that appears in comic books published by Marvel Comics. He is a founding member of the Fantastic Four. A similar, unrelated character of the same name and powers had been created in 1939 by writer-artist Carl Burgos for Marvel Comics' predecessor company, Timely Comics.

Like the rest of the Fantastic Four, the Human Torch gained his powers on a spacecraft bombarded by cosmic rays. He can engulf his entire body in flames, is able to fly, can absorb fire harmlessly into his own body, and can control any nearby fire by sheer force of will. "Flame on!", which the Torch customarily shouts when activating his full-body flame effect, has become his catchphrase.

The youngest of the group, he is brash and impetuous in comparison to his reticient and compassionate sister, Susan Storm, his sensible brother-in-law, Reed Richards, and the grumbling Ben Grimm.

In the early 1960s, he starred in a series of solo adventures, published in Strange Tales. He is also a friend and frequent ally of Spider-Man, who is approximately the same age as the Torch.

OneSpiderClone rated this 9/10 1 year, 5 months ago

william maxey 83 voted for an image 3 years, 1 month ago

upgradeslinky rated this 6/10 3 years, 5 months ago

Leader Vladimir added this to a list 3 years, 6 months ago

"Series: Marvel Universe Votes: 29 If you know your Marvel history, he isn't the first Human Torch (that was Jim Hammond), but he is certainly the most famous. The Fantastic Four's resident matchstick, Johnny Storm obtained his powers after being hit by cosmic radiation. Like any traditional fire-based hero, Johnny is hot-headed, impulsive and likes to act on instinct. His flames can reach temperatures rivaling that of the sun, he can fly at supersonic speeds and is even immune to any sources o"

italia23 added this to Rated list 3 years, 9 months ago