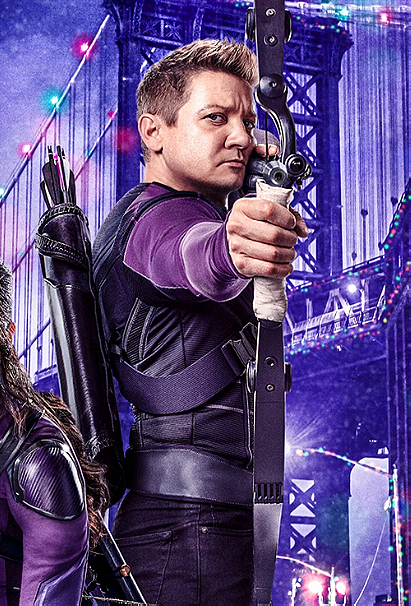 1 vote
View all Hawkeye (Jeremy Renner) pictures (16 more)
Clint Barton developed exceptional marksmanship skills at some point in his life and used these to great effect in the military arm of S.H.I.E.L.D.. In one of his missions he was tasked to carry out the assassination of a Russian agent codenamed "Black Widow". Instead of killing her though, he opted to let her live, and developed a lasting partnership with her that continued through bringing her in to work for S.H.I.E.L.D.

Schizoidsudaca rated this 7/10 3 weeks, 4 days ago

jordanwiles94 posted a image 6 months ago

crsone1 added this to a list 3 years, 10 months ago
COMIC SUPERHEROES (53 characters items)

darin26 added this to a list 3 years, 11 months ago
My favorite movie characters (78 characters items)