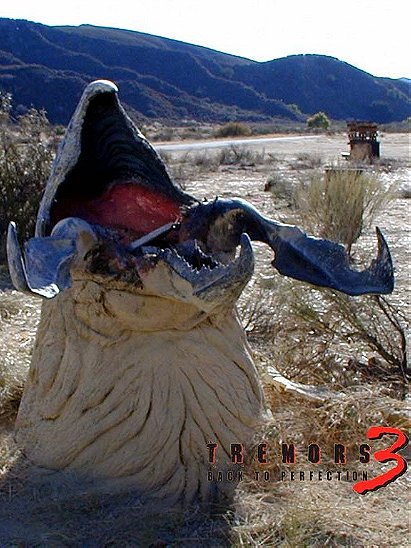 View all Graboid pictures
The Graboid, (also known as the Dirt Dragon or Tu Lung in the 19th century), is a fictional invertebrate species that is the primary antagonist of the Tremors franchise. The creature made its debut in the 1990 film Tremors, and reappeared in all its sequels Tremors 2: Aftershocks (1996), Tremors...