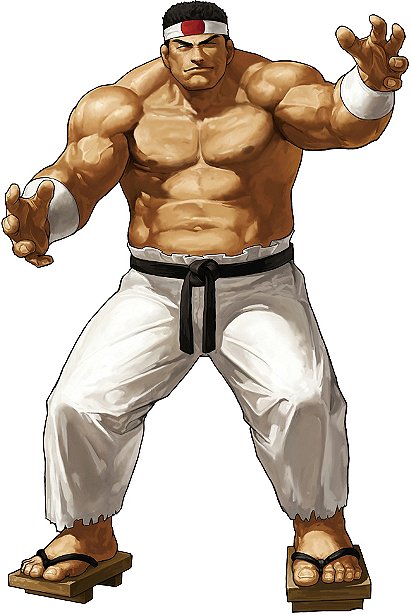 1 vote
View all Goro Daimon pictures (12 more)
Goro Daimon (大門 五郎, Daimon Gorō) is a character who debuted as a member to the Hero Team in The King of Fighters '94, along with Kyo Kusanagi and Benimaru Nikaido. His character was created to add a practitioner of Judo to the cast, and many elements from his original designs, such as his geta and his victory cries, remained for his final look. In Gamest's 1997 Heroes Collection, Daimon was voted as the staff's forty-fourth favorite character. He shared the spot with Street Fighter character, Alex.