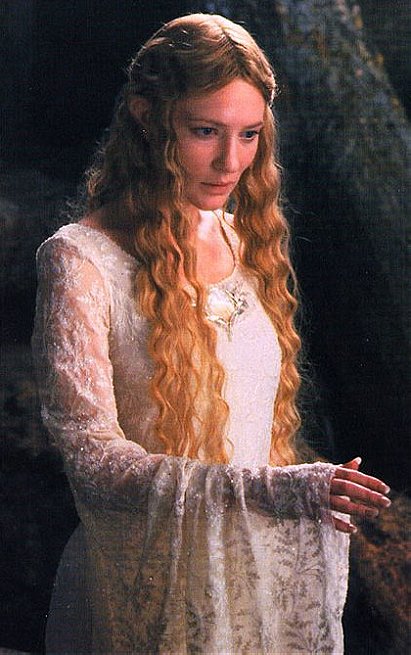 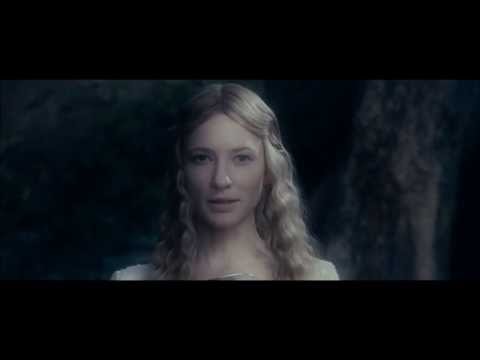 The Hobbit: The Battle of the Five Armies - Lady Galadriel vs Sauron [HD]

1 vote
View all Galadriel pictures (10 more)
Galadriel was the co-ruler and Lady of Lothlórien along with Lord Celeborn. Neither she nor Celeborn took royal titles as they saw themselves but guardians of Lothlorien. Galadriel was the only daughter and youngest child of Finarfin, prince of the Ñoldor and of Eärwen, whose cousin was Lúthien. Her elder brothers were Finrod Felagund, Angrod, and Aegnor.

She appears in The Lord of the Rings,The Silmarillion, and Unfinished Tales. She was referred to as The Lady of Lórien, Lady of Light, The Lady of the Galadhrim, or The Lady of the Wood interchangeably. In Peter Jackson's film for The Fellowship of the Ring, Gimli initially referred to Lady Galadriel as an elf-witch. Within the realm of Lothlórien, she was referred to as simply Lady Galadriel or The Lady. When she and Celeborn were being referred to collectively, they were known as The Lord and Lady. Galadriel was undoubtedly one of the greatest of the Eldar in Middle-earth, and surpassed nearly all others in beauty, knowledge, and power. She was also the bearer of Nenya, one of the three Elven rings. Tolkien thought of her, along with Gil-Galad the Elven-king, as one of the mightiest and fairest of all the Elves left in Middle-earth. She was highly praised for her beauty- particularly her hair, which, said to have ensnared the light of the two trees, Telperion and Laurelin, was a deep and radiant gold, shot with silver. It has been speculated that her hair inspired the creation of the Silmarils by Fëanor. She was also the tallest of elf-women, standing at around 6 feet 4 inches, or 193 centimeters. Her power and intellect delegated her an imperative role throughout the history of Middle-earth, especially during her time in Eregion and in the midst of the War of the Ring.

darkolorde rated this 7/10 2 months ago

Schizoidsudaca rated this 6/10 2 months, 1 week ago

WillChangeTomorrow rated this 7/10 1 year, 10 months ago

arkkangabriel rated this 10/10 4 years ago

bandofsisters rated this 6/10 4 years, 8 months ago

upgradeslinky rated this 3/10 5 years, 1 month ago

Rylvan added this to a list 5 years, 11 months ago
Favorite Characters (441 characters items)

Rylvan added this to a list 5 years, 11 months ago
My Fave Tolkien Characters (12 characters items)

The Hobbit: The Battle of the Five Armies - Lady Galadriel vs Sauron [HD]

bizbizmara rated this 7/10 6 years ago