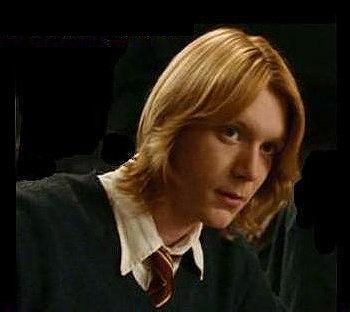 View all Fred Weasley pictures
Fred Weasley is a pure-blood wizard, a son of Arthur Weasley and Molly Weasley (née Prewett), brother to Bill, Charlie, Percy, Ron, and Ginny Weasley, and twin brother to George Weasley. Fred's first few years were marked by the height of the First Wizarding War and when Lord Voldemort fell for the first time. He attended Hogwarts School of Witchcraft and Wizardry from 1989 to 1996 and was sorted into Gryffindor house. Both he and his twin brother were popular students, known for their sense of humour, pranks, and were also Beaters for the Gryffindor Quidditch team. In their seventh year, they joined Dumbledore's Army, an organisation taught and led by Harry Potter.

Krankenhaus rated this 8/10 3 years ago

upgradeslinky rated this 1/10 5 years, 3 months ago