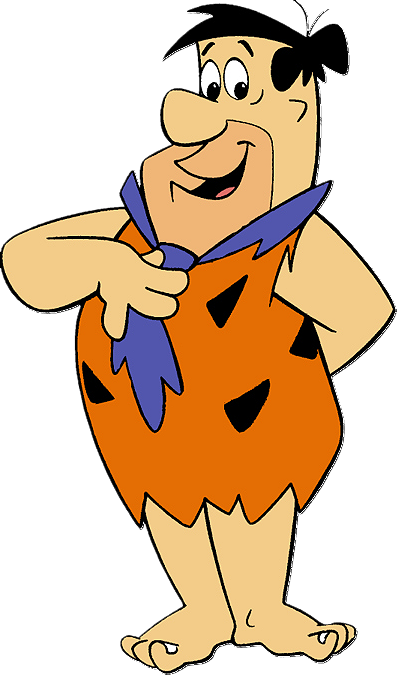 View all Fred Flintstone pictures (4 more)
Frederick "Fred" Flintstone, (also known as Fred W. Flintstone, or Frederick J. Flintstone) is the protagonist of the animated sitcom The Flintstones, which aired during prime-time on ABC during the original series' run from 1960 to 1966. Fred is the husband of Wilma Flintstone and father of Pebbles Flintstone. His best friends are his next door neighbors, Barney and Betty Rubble, who have an adopted son named Bamm-Bamm.

Fred lives in the fictional prehistoric town of Bedrock, a world where dinosaurs coexist with modernized cavepeople and the cavepeople enjoy "primitive" versions of modern conveniences such as telephones, automobiles, and washing machines. Fred's trademark yell is "yabba dabba doo!", a phrase that was originally his club's cheer and later adopted as part of the theme song from the third series on and used in the 1994 live-action Flintstones movie.

Since the original series' run, Fred has since appeared in various other cartoon spinoffs, live action adaptations, music videos, and commercials.

rollcallaction rated this 8/10 3 years, 6 months ago

upgradeslinky rated this 1/10 3 years, 8 months ago

Dark Warrior added this to a list 4 years, 10 months ago