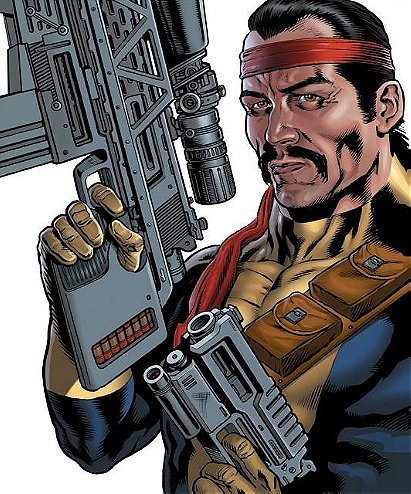 1 vote
View all Forge pictures (7 more)
The man known as Forge was a Cheyenne Indian, who was once the pupil of Naze; a shaman in his tribe. Forge developed considerable mystical powers as a result of the training Naze gave him and was also a mutant with an unusual talent for inventing mechanical devices. Forge has explained that he was an intuitive genius and it was as natural as breathing for him.

cudion added this to a list 5 years, 10 months ago
DC and Marvel teams (256 characters items)