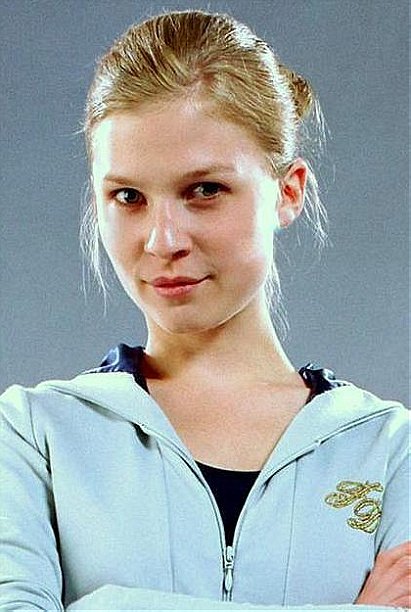 1 vote
View all Fleur Delacour pictures (7 more)
Fleur Isabelle Weasley (née Delacour) (born c. 1977) was a French, quarter-Veela witch daughter of Monsieur and Apolline Delacour and elder sister of Gabrielle. Fleur began attending the Beauxbatons Academy of Magic in 1988. During the 1994 to 1995 school year, she was Beauxbatons' champion in the Triwizard Tournament. Fleur competed bravely (though failing to complete the second task), but the Tournament ended in tragedy with the murder of Cedric Diggory and the return of Lord Voldemort. In the following summer, Fleur took a part-time job at Gringotts Wizarding Bank to improve her English, and began dating co-worker, Bill Weasley. The pair soon became engaged and Fleur stayed at the Burrow in the summer of 1996 to get to know Bill's family.
Fleur arrived in the aftermath of the Battle of the Astronomy Tower in 1997; during which, her fiancé was badly injured by the werewolf, Fenrir Greyback. The pair married in August of that year, although the wedding was disrupted by Death Eaters following the fall of the Ministry of Magic. Fleur and Bill set up their own home at Shell Cottage, and later assisted Harry Potter, Ron Weasley, and Hermione Granger with Dumbledore's quest following their escape from Malfoy Manor, mainly offering them room and board. Fleur fought alongside her husband during the Battle of Hogwarts in 1998. After the end of the Second Wizarding War, she and Bill had three children: Victoire, Dominique, and Louis Weasley.

Krankenhaus rated this 8/10 3 years ago